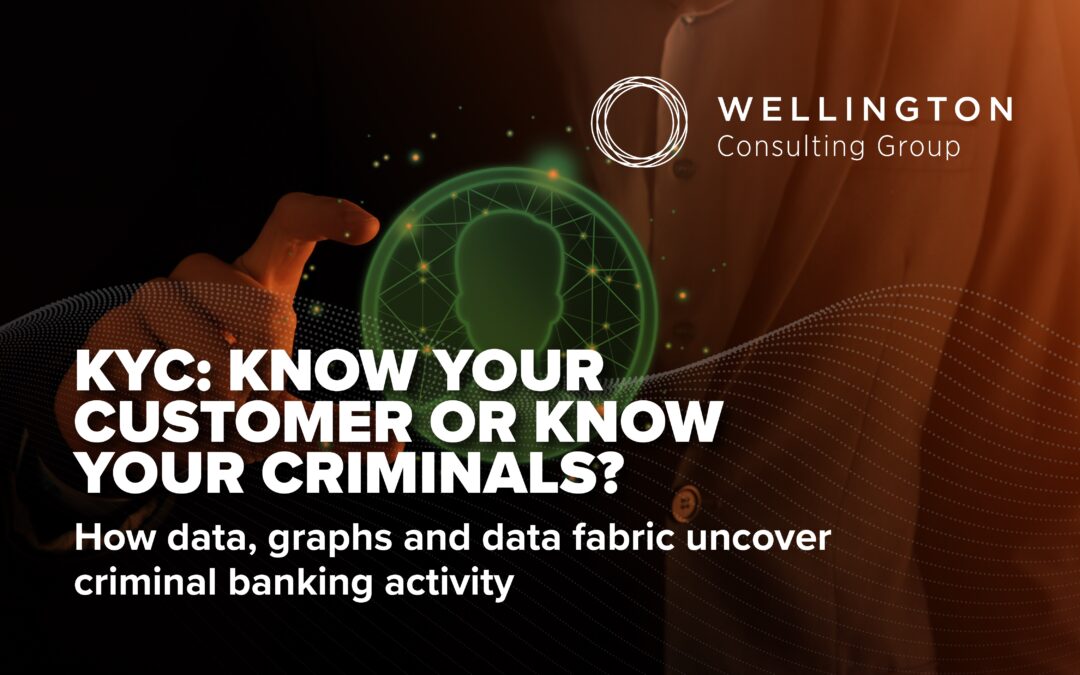 With all the technology and data at our disposal today, there is a false assumption that it should be pretty easy to catch all the bad guys, put an end to fraud and keep financial institutions – and the world at large – safer from crime. However, the reality is that data is constantly expanding, it needs to be applied and understood in real-time, and bad actors are increasingly sophisticated at using technology themselves to pursue and hide illicit activity. If there is a loophole, they will find it.

Here’s a real-world scenario of how the latest data technologies along with smarter uses of available data – including public data and even news stories – can drive successful strategies for detecting and countering international crime. Following the release of the Panama Papers in 2016, technology entrepreneur and former investigative journalist Jeffrey Stein, now Founder & CEO, Deep Discovery, was working closely with one of the involved journalists who was continuing to investigate whether Venezuela was supplying uranium to Iran via Russia for its nuclear program. It was long known that Iranian scientists had mapped out mining resources in Venezuela, but the suspicions of uranium going to Iran were never proven.

Connecting Data to Crack the Case

There were several clues, such as satellite imagery of a clay mine deep in the rainforest that revealed design features of uranium mining, and Russian diplomats frequently visiting Venezuela on state visits talking about this small clay mine. According to Stein, “…the natural question for a journalist was who are the people behind the mine? What is their background? What are their motivations?”

The technology was not as sophisticated as today, and much of the findings were on paper as well as publicly available sources such as news websites. But Stein was able to discover common data connections and map the direct and indirect relationships of various individuals, from the owners, officers and lawyers of the mine to boards of other companies, to an organized crime network around a Swiss bank and even to money launderers and weapons traffickers.

This deep investigation, as is done in KYC (Know Your Customer) screenings, revealed some surprising connections and patterns between the individuals that raised alerts of Venezuela actually mining uranium behind the facade of the clay mine business. It even identified that some money related to the illicit transactions was passing through Canadian banks, unknowingly to them and Canadian authorities. Ultimately, this investigation confirmed that Russia was selling the Venezuelan uranium ore to Iran.

And this is just one case.

The estimated amount of total money laundered annually around the world is 2-5% of global GDP (USD 800 billion-2 trillion) (source: Tookitaki.ai). Criminals work increasingly fast and are more sophisticated at covering their online tracks. So, the prospect of keeping up with the many bad actors – and countering them – is daunting. In addition to banking data, it requires connecting to sources beyond the standard watch lists to online media, court records and more obscure public records. The challenge with such sources is that the amount of data is massive. Technologies like knowledge graph, data fabric, AI, NLP (natural language processing) and ML (machine learning) are absolutely critical to discovering, connecting and analyzing the data. These tools can train models to assess the risk, calculate risk scores and deliver a 360-degree view of risk for banks.

Take payments, for example. Seeing only one node on a network, or just one action or one customer, can make it difficult to detect a potential bad transaction. If banks’ screening systems can look beyond the originators and recipients of wire transfers, they might see more of where the money flows and be able to establish risk scores for further review. Technology and tools such as blockchain and graphs can connect and analyze internal and external information about counterparties for a more complete profile on potential criminals and their networks. Such scalable graph databases today contain billions of nodes. Furthermore, NLP is increasingly accurate at identifying negative attributes while reducing false positives, meaning banks can drastically scale the analysis that humans can achieve on their own.

The Next Level for Banks

Incorporating today’s modern technology tools and processes into banks’ legacy infrastructure for optimal KYC programs is where the challenges lie. It takes experts such as data scientists along with investments in the latest technology. In cloud and hybrid cloud environments, it becomes even more complex with considerations such as data privacy, security and encryption.

The good news is that banks are not starting from scratch. Every bank has KYC procedures in place and aims to avoid the hefty fines of non-compliance. The opportunity however is in scaling their operations and having knowledgeable experts who can help them further assess and understand their organization’s risk.

Firms such as Wellington Consulting have the specialized expertise in data management and technologies, including knowledge graphs and data fabric systems. They also have the experience in helping banks understand the regulations and implement the solutions and processes to meet these requirements for KYC, particularly around payments, fraud and AML.

Professional money launderers are experts at moving money around the world. Ensure your firm has the right expertise and technology to keep your bank far ahead of them.

Our three-part blog series, Data: The Secrets That Lie Within, was inspired by an expert discussion at the 2021 Payments Canada SUMMIT on how to use advanced technologies with banking data to identify and counter criminal activity, including money laundering and human trafficking. For more information, view the panel recording and contact the Wellington team.