The Role of Banking Data in Combating Human Trafficking 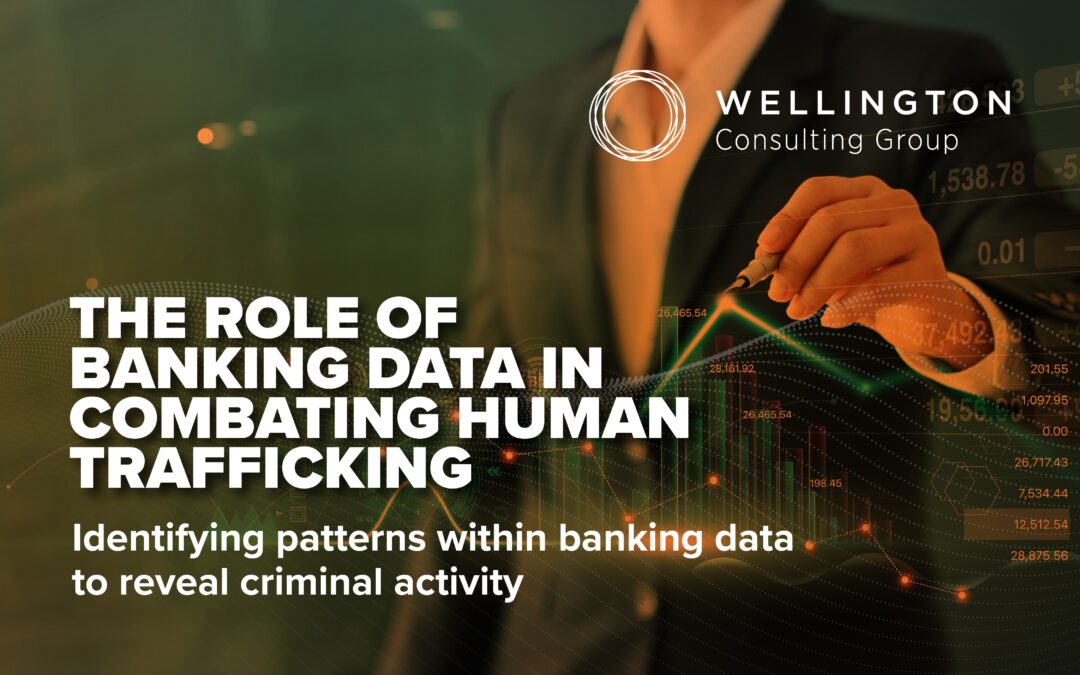 Every time there is news about catching and breaking up another human trafficking ring, we assume this is largely the good detective work of global, national and local investigative authorities. What we might not also realize is the critical role that financial institutions can and often do play in identifying such criminal activity. It comes down to using the latest technology, such as machine learning and AI, to detect patterns in transactional data that could indicate criminal activity.

Human trafficking, a form of modern slavery, remains a global, growing problem. According to the 2017 Global Estimates of Modern Slavery by the International Labor Organization (ILO), 40 million people were victims of modern slavery. This includes 25 million people in forced labor and 15 million in forced marriage. 25% of victims are children, and 71% are women and girls; in Canada, this jumps to a staggering 97% of police-reported cases, with 90% occurring in metropolitan areas. Over 1700 cases were reported in Canada between 2009-2018, however, it is well acknowledged that it is challenging to measure the full scope of human trafficking. (Source: Trafficking in persons in Canada, 2018, Statistics Canada)

Most human trafficking activity is hidden in the criminal underworld and certainly widely under-reported, so we only have estimated data to go on. Without knowing the full scope and the impact on its victims, there is also no way to fully understand if efforts to combat it are effective. The United Nations recommended policy considerations include promoting anti-trafficking policy development based on solid research and data. According to the UN’s Global Report on Trafficking in Persons 2020 (p. 20), “Since the signature of the UN Trafficking in Persons Protocol, an increasing number of Member States have developed national data collection systems on trafficking in persons, but efforts are still needed to improve data granularity and coverage.”

So what can banks do to help?

Knowingly or not, financial institutions are capturing a wealth of data on criminal activity. The challenge is filtering and identifying what data could indicate the work of bad actors. Transactions related to human trafficking are typically in small monetary amounts. However, they tend to be concentrated and in increasingly recognizable patterns.

For example, banking data might reveal charges for multiple hotel rooms or rental homes on one credit card, food deliveries occurring in the middle of the night, or ownership of multiple homes. Also key is identifying the flow and recipients of money. According to the UN report, “Research on the financial gains related to trafficking activities, as well as on the illicit financial flows deriving from it, may also greatly benefit investigative and prosecution activities…”

However, despite collecting terabytes of data about banking customers and their activities, many firms do not know how to integrate, filter and analyze it to identify the patterns of bad actors – and to do so quickly. This is where deploying today’s advanced technology tools, including machine learning (ML), artificial intelligence (AI) and pattern recognition technology – as well as the expertise to optimize how these are deployed – can make a critical difference. Furthermore, there is greater potential for banks to share data with each other as well as authorities, while still complying with privacy laws, to build a more comprehensive and connected view of the patterns behind criminal activity.

In Canada, this has been accelerated by Project PROTECT, “a unique public‐private partnership that targets human trafficking for the purposes of sexual exploitation by focusing on the money laundering aspect of the crime.” It builds partnerships, including with FINTRAC (the Financial Transactions and Reports Analysis Centre of Canada), to enable data sharing and reporting, while working within the construct of the law.

According to Stuart Davis, Executive Vice President, Financial Crimes Risk Management & Group Chief Anti-Money Laundering Officer of Scotiabank, Project PROTECT “…is intended to start coalescing banks around the typologies – or indicators or red flags – of human trafficking in payment flows. This can be in credit cards, e-transfers, etc., because human trafficking typically targets low dollar payments that might not otherwise be detected in your AML system where you are catching larger amounts of international money laundering.”

Is my institution unintentionally involved in human trafficking?

Make sure that your firm is not a participant or beneficiary of human trafficking. The team at Wellington Consulting has the specialized expertise in data management and technologies, including knowledge graphs and data fabric systems, to help banks detect criminal activity behind banking transactions, including human trafficking, illicit payments and money laundering. Their experience in integrating various bank resources, data and technology tools, as well as the understanding of trends in fraud and financial crime, has resulted in cost-effective solutions that strengthen banks’ systems and services.

Read more about how you can help victims and minimize this horrific crime.

Our three-part blog series, Data: The Secrets That Lie Within, was inspired by an expert discussion at the 2021 Payments Canada SUMMIT on how to use advanced technologies with banking data to identify and counter criminal activity, including money laundering and human trafficking. For more information, view the panel recording and contact the Wellington team.