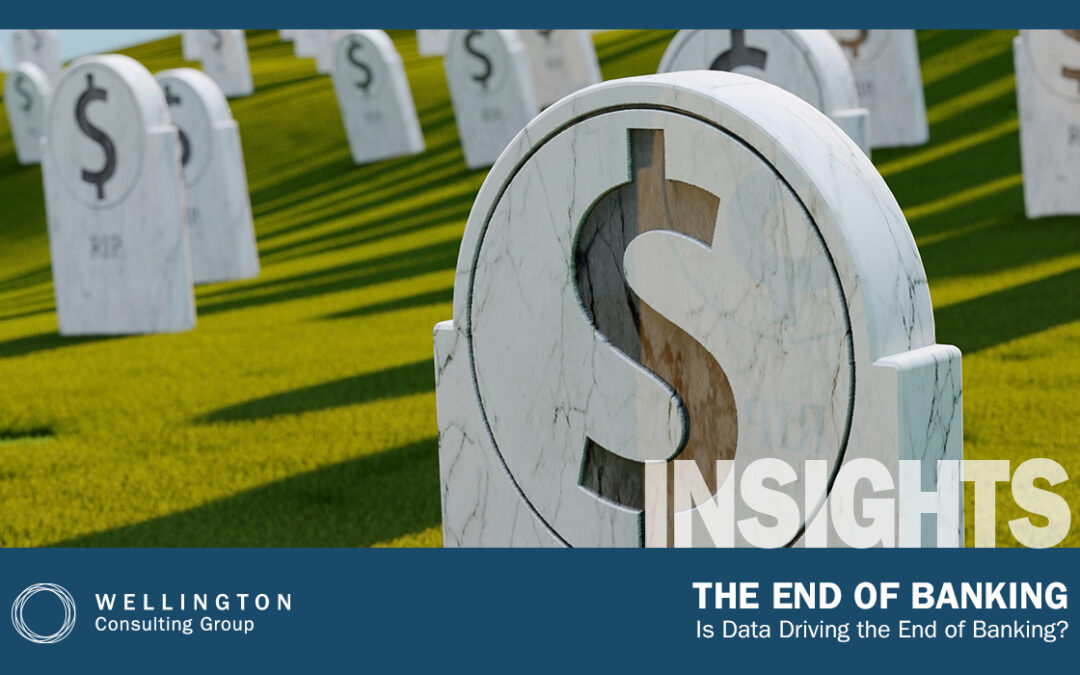 Wellington founder and president Brian McConnell took the stage at the EDM Council Toronto Briefing on November 12th to offer the crowd a tough question: will a data-driven world ultimately lead to the end of banking?

On the surface, it would seem that way. The top 10 corporations by market capitalization In 2009 look vastly different from those that lead the ranks today. While energy companies like PetroChina and ExxonMobil used to dominate the market, companies that profit off data collection are now the ones leading the charge. This includes major players like Apple, Amazon, Google, Alibaba, and Facebook, who are experts at collecting and analyzing customer data to better deliver a frictionless experience. This is something clients have become accustomed to, and are increasingly missing from their bank.

In a world being turned on its head by technology, the financial services industry cannot expect to stay out of the line of fire.

A key challenge for banks is the same as the one faced by Netflix a few years ago when it plunged into the business of developing original content. “The goal is to become HBO faster than HBO can become us,” Netflix’s leaders took to saying. That moment in Netflix’s history has parallels for today’s banking industry. If the digital giants are going to invade the banks’ turf, the banks must start to act more like digital giants. The imperative to do this, of course, will vary by region, largely because of different regulatory protections and levels of consumer sophistication. But almost all banks will need to speed their move into the digital future. If they don’t, they risk being boxed into a set of risky, capital intensive, and low-return businesses, while digital giants, or more aggressive traditional competitors, snare the most attractive businesses for themselves.

Banks can seize this opportunity to adapt. The pressure to change can be used as motivation to up the ante — encouraging radical innovation at even the most traditional of financial institutions. Data can be used to get to know your client, offering insight into how they interact with your business, where there’s friction, and at what point they consider dropping off. That information can be used to better understand the ins and outs of the business, including pain points that can no longer fly under the radar. Putting that information into play with a solid execution strategy will bring the business to new heights, with the bank able to deliver services more seamlessly to their client, and the client, in turn, feeling that their needs are being met and their wants being heard.

Traditional banking as we know it may be on its way out the door, as a data-driven revolution prepares to sweep the industry — getting rid of the institutions digging in their heels, and uplifting those who choose to embrace a transformation.